After rebooting an Exchange 2013 server to complete the installation of a security update, 2 LUNs just disappeared:

Looking in Disk Management their Status was Failed: 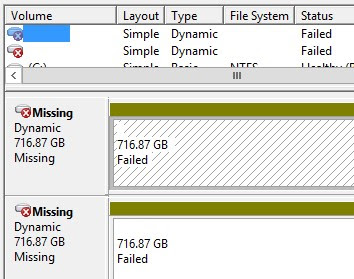 The LUNs were offline, and after manually bringing them online everything was back to normal.

There had been some previous work done on these LUNs in order to expand them and, for some reason, the default Windows policy to make SAN disks offline was applied (it assumes VMware disks are SAN disks).

After changing the policy to make “new” disks online by default, the issue didn’t happen again: 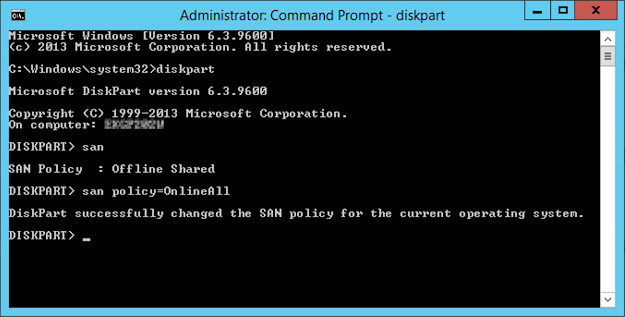